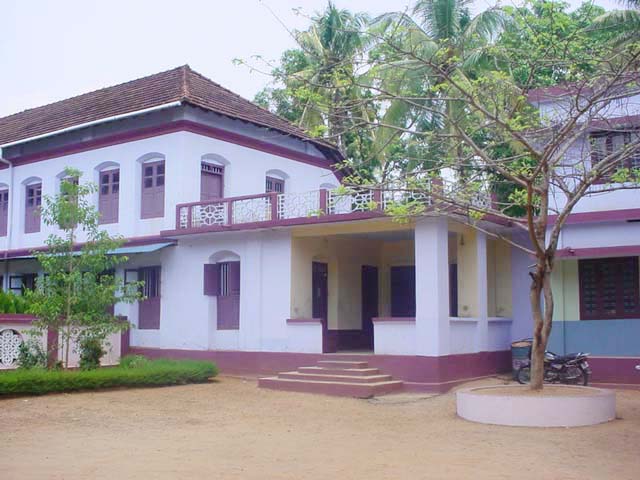 I.H.Monastery founded in 1951, was canonically erected in 1954. The “Kizhakkumuri Samooham” of Varandarappilly which had begun to build a church and had to discontinue it due to financial difficulties hitched upon the idea of having a religious house there so that they can have a church and have their pastoral needs met. They approached the Prior General and donated about 12 1/2 acres of land and a Primary School that was under their management. This school was functioning till 1943 as a branch of
St. Antony’s L. P. School of Varandarappilly. The “Samooham” donated it to us and it is still functioning well. St. Teresa’s Monastery, Ampazhakad met all other expenses and had been very generous in providing everything for the well-being of the newly erected house.
From 1954 on the Pre-Novitiate course of the Aspirants is being conducted here. In 1978 the monastery chapel was proclaimed a parish church. A parallel college was started in 1978 and a Centre for Social Service was started in 1976. The Mary Matha parallel college was converted into Lord’s Academy I.C.S.E School in June, 2005. Council for Indian Certificate of Secondary Education, New Delhi granted provisional affiliation in 2007. They have added new dimensions to the apostolic activities of this house especially in the educational and social fields. In 1978 this house was formally declared as an Aspirants’ House with the Rector as the canonical head of the house. In June 1984 the administrational set-up was reverted to the former status, with the Prior as the canonical head of the house.
Address: